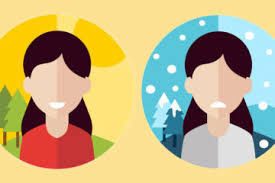 Liz developed a destructive habit from the age of eight years old. She would obsessively pick at her skin, sometimes until she bled. She now knows she was suffering – mostly in silence – from a condition called Compulsive Skin Picking (CSP), which blighted her life for more than 20 years.

She is now 36 years old, a successful artist, “in recovery” from her illness and bravely speaking out in an attempt to help others with the condition.

People with CSP find comfort, pleasure or emotional release from endlessly picking at their skin but this can often lead to bleeding, scarring and physical deformities, as well as emotional and mental issues.

Liz said: “Skin picking was, for me, a way to release tension but it became a vicious cycle that totally dominated my life. It also developed into something I did subconsciously so altogether there were hours and hours of a day where I would be picking my skin.

“Some nights I would pick until the early hours of the morning. Many times it would be in the bathroom because this was a private space. No one knew about it. I masked and covered the illness from those closest to me. One of the key issues I struggled with the most was the isolation caused by the shame I felt. I really did suffer in silence for a very long time.”

It’s estimated that 1 in every 500 people in the UK suffer from this disorder, also known as Dermatillomania.

As with all disorders in the OCD spectrum, most people develop CSP in their teens or early 20’s. It may start as a frequently carried out and unconscious habit which develops into uncontrollable picking. The illness can impact on every part of a person’s life and they can struggle with relationships, home-life and work but can invariably appear as though they are functioning and leading a “normal life”.

There is no known cause for the condition but many can develop habits during and after periods of anxiety or stress.

Liz is now a successful artist and manager at Trinity Laban Conservatoire for Music and Dance and attributes some of her work as helping her “turn her illness on its head”.

“For me the body is fascinating,” Liz said. “I slowly turned my illness into something else – through dance I was able to express things the body was capable of but turn it into something positive. It gave me a new visual language and a way to recover.

“I got to a point where I didn’t want this illness controlling me anymore. There were just perpetual cycles of shame, embarrassment and anxiety and I had no choice really but to try and help myself because it was destroying me.

“Skin picking didn’t just happen when I was anxious or stressed, it also happened when I was bored or tired. It dominated my life. I developed an understanding of the body through dance and have developed an artistic practice which has helped me to be in a place where I now have some degree of control over my condition. ”

Liz is now bravely speaking about her condition in an attempt to destigmatise and help others with this isolating condition who may feel they have nowhere to turn. She has recently exhibited a range of her work in a solo show at Bethlem Gallery, part of South London and Maudsley NHS Foundation Trust (SLaM) entitled My Singular Fascination.

The exhibition was launched to coincide with OCD Week, an initiative run by OCD Action to raise awareness and to dispel the myths of the condition. She also appeared on BBC Radio Woman’s Hour to talk about the condition.

Simon Darnley is a Principal Cognitive Behavioural Therapist and Head of the Anxiety Disorders Residential Unit. He said: “CSP only affects a small percentage of the population but it is a really serious condition.

“Sufferers can spend a long time picking their skin because they have such a low self-esteem but then they leave marks and scars so they spend a lot of time covering the marks up with make up and clothes. It is really self-perpetuating and debilitating. Liz is really brave to speak up about this because it is important that people realise they are not alone in dealing with this condition.”