Opening up helped me deal with my mental illness 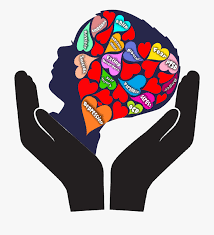 Everyone with a mental health problem is different. And each person opens up about it in a unique way. Up until last year AJ Stratton had not told anyone about her mental health problems and then she decided the best way to tell her story was through blogging and social media sites. This was a few months ago when she plucked up courage to speak out after suffering for many years. She says she doesn’t regret this as it was her way of telling everyone “in one go” and avoiding those inevitable “sympathetic looks”.

Now the 26-year-old is a volunteer for mental health charities and helps other people deal with the illness.

AJ’s problems developed when she was a teenager. After being physically and mentally abused by her step-mum between the ages of about eight to 11-years-old she started self-harming when she was 15. She has made multiple suicide attempts and been on and off various forms of prescribed medication.

“For years I just felt really flat or down,” she said. “I thought everyone felt that way until I realised that people do have down times but they have up times too. I just never experienced any ups. When I first went to see a doctor as an adult, 10 years after my problems began, I was prescribed medication and attended some group CBT (Cognitive Behavioural Therapy).

“It was quite strange to sit in a group after so long of keeping quiet about my problems. It did start to make me feel a bit better about my moods but it didn’t confront the reasons behind my problems.”

AJ works in IT and was having problems coping with everything. Her depression was still taking over everything else. Then she started having seizures and earlier this year was diagnosed with Developmental Trauma Disorder and Non Epileptic Attack Disorder (NEAD). Both were related to what happened to her in the past and how her brain processes the emotions. Developmental Trauma Disorder occurs when a child has to deal with complex traumas at a young age. NEAD is when epileptic-style attacks happen for psychological reasons rather than physical ones and these reasons could include thoughts, feelings and present and past experiences.

“Everything from my past then came out and I had a breakdown in January,” she said. “I was blacking it all out before but then it all came out in one go and I couldn’t cope with it I suppose.

“Now I try and deal with it head on and confront what happened but it is really hard at times.”

AJ started more CBT sessions which she said were more helpful and then started following the Time to Change website, realising she wanted to join in with their mission to banish stigma. The national charity were calling for people who have suffered with mental health problems to take part in road shows to speak to the public and try to raise awareness.

AJ dramatically progressed to not really talking to anyone about her problems, to suddenly speaking to 48 people in one day.

“It was a really big step and very difficult but I am so glad I did it,” she said. “I was approaching complete strangers and trying to help them understand mental illness.

“Most people were really interested, a few looked at me as though I was from another planet. What was really surprising to me was that the people who were the most forthcoming were the elderly. They were really keen to know more and incredibly understanding whereas a few younger people didn’t seem bothered about finding out more.”

After the first Time to Change event, AJ wrote a blog and posted some information on Facebook and then told her mother.

This was the first time she had opened up to anyone in her life other than her partner about what she was experiencing.

“Some people think this is a strange way to communicate but for me it was the best way,” she said. “I didn’t want sympathetic looks or to see people’s reactions.

“This meant I did it all in one go and could move forward. I now write quite openly on social media sites and blogs as I see it as a way of coping and educating others at the same time.

“The main reason I speak out is because if I had sought help sooner, and been honest with myself, I wouldn’t have ended up with NEAD, a very scary side effect of mental health problems.

“I want to help stop others risking getting this condition, and by people understanding what MH conditions are like, and making MH normal to talk about, I am hoping that will achieve this.”