OCD made me the person I am today 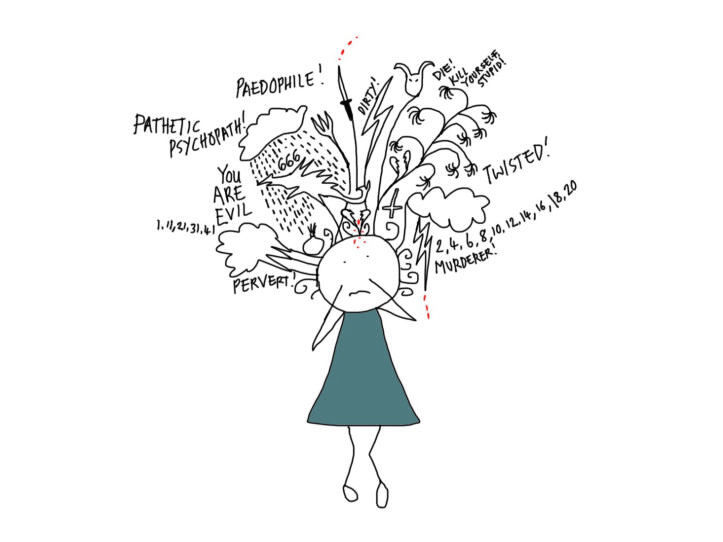 Debbie, 32, has had Obsessive Compulsive Disorder (OCD) since she was six-years-old. Her disorder primarily relates to cleanliness and her appearance. She would often wash her hands until they bled and when the condition was at its worst she believed her whole family would die if she touched door handles. Over the years she has been on different types of medication, had psychotherapy and counselling.

Today she mostly manages her own condition, knows the signs to look out for and has even set up her own OCD charity. She is extremely open and honest about her condition, but she said it has been - and still is - a “very long journey”.

“I always worried about my appearance far too much,” Debbie said. “I had to make sure my hair was perfect, my body, my make-up - everything - I was, and probably still am, bordering on having body dysmorphia. I cleaned myself excessively and felt really isolated because nobody really understood what was wrong with me.

“And I had a problem with dirt, particularly if it came from outside. In my own house I was okay but if someone came in with dirty shoes I would have to start a whole new cleaning regime, even if I had just finished cleaning up. It was very full on.

“I don’t think my family realised how bad things were,” she said. “It is quite easy to hide even though in your head you are in turmoil a lot of the time.”

Debbie very bravely confronted her illness for the first time at the age of 16, when her boyfriend - out of the blue - suggested she should go and get help. She was diagnosed with OCD and then started seeing a psychiatric nurse.

She was having bad anxiety attacks so as well as therapy she also developed relaxation techniques. She started to manage her condition a little better but she still “held back” and didn’t fully embrace it.

She would often experience irrational thoughts and perform obsessive rituals. Her concerns over cleanliness got even worse after she had her daughter Mina - a fairly common occurrence for OCD sufferers - because she couldn’t control what she touched. The OCD, combined with depression led her to have a breakdown.

That was almost nine years ago and following further therapy and self-help techniques she felt she was getting better every day and says she now “lives a more fulfilling and happy life”. She says her daughter is her greatest inspiration and it was because of Mina she realised she had to get better and confront her illness.

Debbie is now a full time student and a part time health trainer in the NHS as well as working for her charity, which provides self-help support for people with OCD.
Her advice to others is to try and “help yourself” but don’t expect changes overnight.

“I always tell people to try and stay focused, to believe in yourself and face your fears,” she said. “Make small changes every day, stay focused. No one else can help you, you must do that yourself but at the same time don’t be too hard on yourself - it will take time and isn’t easy.

“I know now that my OCD will not be cured but I can handle it and manage it. Now I am proud of who I am and what I have achieved. If it wasn’t for my OCD I would never be where I am today and would not have set up my charity.

“I have gone through a lot of journeys and opening up about OCD was one of the hardest things I have ever done but also one of the best things.”