Beth is now available for login and communication with your care team. 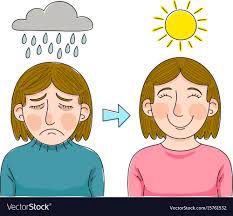 Nikki, 29, suffered in silence with depression for more than 10 years. Now she is an ambassador for mental health charities and her aim is to raise awareness among as many people as possible.

When Nikki was 13 she knew she was “different” to other children. She couldn’t relate to her peers. She spent endless hours in her bedroom by herself every evening thinking nobody loved her. She was aware she was depressed but had absolutely no idea what to do about it.

To make matters worse, Nikki’s dad suffered from clinical depression and she had seen how it had consumed him, almost destroyed family relations and - worse still - how many people had negatively reacted to him and effectively turned against him when they found out about his mental illness. Nikki was resolute that she would not be treated in the same way as her dad so she vowed not to tell anyone, which resulted in her having to confront her illness on her own - for more than a decade.

Nikki said: “I was very normal in front of people and at school. I worked hard, had a lot of friends and was bubbly. But inside I did not feel right. I would get home from school and just go to my room, sit there and feel unloved.

“Unjustifiably I felt my family would not care if I died. I felt lonely and isolated and this went on for far too long.”

The endless depression and the perpetual isolation culminated in a number of overdoses. She didn’t ever intend to commit suicide - she said she didn’t want to die - but she could not think of any other way of dealing with her depression.

Overdose
The 29-year-old took her first overdose at the age of 13. Remarkably nobody ever found out and she got away with a stomach ache and nausea.

One of Nikki’s strengths is also, ultimately, a weakness in terms of her mental health - she has always remained strong and supportive of others but this meant people always believed she was strong and rarely asked her how she actually was.

“My dad was diagnosed with depression when I was younger and, after seeing how he was treated by people, I point-blank didn’t want to talk about it,” she said. “My dad was a kind, carefree man but when he suffered depression he was a different person.

“He was a pastor of a local church and I saw how much he did for people but when they found out about his depression these people were nowhere to be seen. He was alone except for mum. It felt as though everyone had turned on him and that made me so sure I was never going to let anyone find out about my depression. Ever. Especially my mum as I didn’t want to burden her with something else.”

Nikki’s depression drifted on in much the same way throughout her early adult life. She got good grades at school, went to parties and enjoyed studying but the depression was always bubbling away in the background.

She accepted a place at university to study criminology and sociology but she could never properly escape her mental health problems…which got worse when she was raped on her 19th birthday.

“It was then I could feel everything slowly closing in on me, suffocating me. I couldn’t escape it, or him, and I started to drown in my depression.”

“That made my depression much worse,” Nikki said. “I felt like a failure. And things were worse domestically because my dad’s illness was really bad at this point. I ran away and to make matters even worse nobody seemed to notice!”

What followed was years of depression which manifested itself in Nikki “rebelling”, drinking a lot with friends, going out a lot and trying to forget her troubles. The start of the turning point for Nikki was after she took her third overdose at the age of 23. This time s

he took more than on previous occasions and realised she needed desperate help. She called her family GP and said she needed immediate help. It was the first time she had ever spoken about her depression.

Seeking help
“It was a relief but it was also very, very strange,” she said. “I had kept my depression to myself for so long that it was almost as though it was tricking me too. So to suddenly talk about it was, in a way, liberating but also extremely scary.

“In my mind nobody had ever listened to me before and suddenly he was. It sort of validated me being alive. This was the start of what I see as my turning point. Not long after that I looked in the mirror and realised I did not want to let this take hold of me. I walked round the block, took a deep breath and never looked back.”

The most common question Nikki has been asked since being open about her mental health is how she managed to survive it without taking any medication or receiving any therapy. “It got to a point where I realised it was me or depression, and I had to reach deep down inside myself and find the inner strength to overcome it,” she said. “There is absolutely nothing wrong with taking medication, I just refused it because of the effects I saw in my Dad. It was not easy, and there were times when it felt impossible, but that’s how you know when you’re doing the right thing, because it’s hard.”

Nikki said her feelings of loneliness did not go away, they are still there but she “manages them”. “I know I have come a long way but sometimes I feel those really negative thoughts coming up on me again,” she said. “Then I check myself to stop it getting worse. I have managed to control it so far but it is not always easy because I am terrible at talking to people, I am a listener - I prefer to help with their problems rather than deal with my own.”

One of the motivators for Nikki over the past year has been her work as a very active volunteer for Time to Change, the national mental health charity on a mission to end discrimination. Nikki does presentations, talks to other people with mental illness and does all she can to promote awareness.

One of the downsides of speaking out about her illness is the reaction of some friends. She said even though many have been supportive there are some who just do not understand. Some of her friends thought she didn’t trust them because she didn’t tell them and she has to spend a great deal of time reassuring them that this is not personal.

“Awareness is so much better than it used to be and every day we are making progress,” she said. “But there is still a lot of ignorance and misunderstanding of mental illness and this can result in problems with family and friends.

“I think the next step is to give people a little help in terms of dealing with people coming out to them with a mental illness. One of the reasons people are not open about their illness is because they are scared of reactions and so the more people we educate, we inform, we get the message to, then the more they will understand how to treat someone with a mental illness.

In her own words, if she can just prevent one person going through the “10 years of hell” she went through, then she would have achieved her mission.