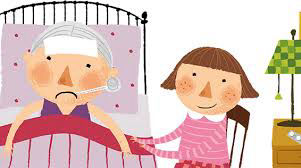 Jaya Kathrecha’s family life was knocked off course when her two sons were diagnosed with depressive illnesses in quick succession some ten years ago.

Jaya recalls becoming “frozen and completely powerless” as a result. Not knowing which way to turn for support, and struggling to come to terms with her sons’ conditions, she found herself slipping into depression.

“As a carer you don’t understand what to do, where to go for help, and you feel paralysed.”

Today, Jaya is a changed person. She has gained a wealth of practical experience, a good understanding of legislation and how to influence policy makers.

Jaya is one of the longest-serving elected members on SLaM’s Members’ Council and also sits on Lambeth’s decision-making board for health and social care. She combines these voluntary, unpaid posts with being a carer for her two sons, one of whom, aged 29, remains in the family home while his 30-year-old brother “lives independently but with support”, Jaya explains.

Looking back, she notes: “I saw many flaws in the system, which weren’t really supporting families, carers and service users. There was also a lack of awareness of mental illness, plus the stigma, discrimination and a lack of access to services and care in Lambeth.”

Jaya, who left her home in Mauritius as a teenager, to study in the UK, says she comes from a long line of ‘powerful women’. Both her parents were politicians. A self-proclaimed optimist, she is convinced services are steadily improving and welcomes government reforms that have given greater recognition to carers.

“You have to make a stand and say why you’re not happy. But I believe that if you want to make changes, you have to be positive and make them from within the system.”

“My sons function with my support. I have pushed along many lines - social and physical - and I believe that without my support they would be much worse off. I have also managed three community projects in a voluntary capacity, so I understand the many issues people face,” she says.

As well as pouring her energies into supporting her sons and pressing for better services, Jaya has learned she also needs to look after herself. Regular yoga practice and meditation have all proved very positive. She has also gained confidence as a public speaker through attending a King’s Fund leadership programme. The course fees were met through a community award that Jaya picked up in recognition of her voluntary activities.

Jaya has also been an advisor for the Department of Health, and met Prime Minister Gordon Brown at No 10. “There can be a positive side to caring - maybe if I wasn’t a carer I wouldn’t have done all these things.”

She speaks regularly about mental illness to many groups, some of whom share her south Asian origins. The stigma associated with mental health issues is, she is convinced, even greater among south Asians than among those brought up in the UK.

“I tell people they mustn’t be ashamed and that they shouldn’t be afraid to say there is mental illness in the family. But I do understand - you risk losing your friends, your social circle and there’s a huge impact on your emotional and physical wellbeing. I know because I have felt the isolation myself.”

“The south Asian and other Asian communities often wait until things are very, very critical before they ask for help. They don’t talk about the problem. But we are living in the 21st century and we all have to move with the times. We have to tell people that help, medication and counselling are available. I say to people: “There are lots of friends out there. You are never alone.”

Seek help at an early stage

Don’t be ashamed of mental illness

Speak out if you think something is wrong

Take care of yourself with counselling and exercise

Keep in touch with your spiritual side