Depression - looking to learn and move on 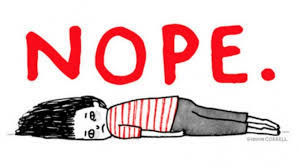 When Roisin was young, family problems and the subsequent breakdown of her parents’ relationship left her battling depression. She attempted suicide at the age of 14, which more recently she has realised was “more a cry for help” than actually wanting to die.

Subsequent family counselling didn’t really help as she had a difficult relationship with her stepfather, and Roisin - an A* student - started skipping school. This lead to her being dropped from GCSE subjects due to poor attendance, she lost her passion and drive for learning and missed out on a university place.

As she got older, Roisin made another attempt at counselling - this time by herself - but this didn’t work out either due to “inconsistencies” with her counsellor. Due to the fact that Roisin moved locations quite frequently, she struggled to access longer-term therapy.

She has recently been diagnosed with body dysmorphia, which affects her self-image and ties in with her depression, despite the fact that she also works as a model. She said: “People sometimes find it hard to understand that although I do take on work as a model, sometimes I look in the mirror and hate myself. “Occasionally I’m unable to look at myself at all without feeling sick. I think this shows just how changeable my condition is, and how easy it is for people to think that I’m an outgoing, happy person when in fact I’m depressed.”

For the past 10 months, Roisin has been seeing a psychotherapist and so far it’s going well. She said: “My therapist is brilliant, I can vent at her, whilst learning to differentiate between my thoughts and feelings. I’m also starting to get more self-confidence and realise that I am worth being treated and getting help. I think that that is often the problem for people with mental illnesses – they don’t realise they’re worth being helped.”

She also works with mental health campaign Time To Change, which aims to transform attitudes to mental health. She is a media volunteer, which means she has been involved with many of their public campaigns and has spoken about her experiences. As part of this, she writes blog posts and volunteers at a lot of their events, including encouraging members of the public to come and have a chat with her about mental health. She also took part in a photo shoot for Glamour Magazine’s ‘Hey, it’s okay’ campaign which encouraged people to be more open about depression.

She said: “I love doing it. I could talk about it until the cows come home because I think it’s so important. I’ve been all over the country and met loads of different people and made new friends.”

One of the messages that Roisin is keen to get across is that depression is not something that can be cured over a short period of time. She has recently had to leave her job “because of an inconsiderate and hurtful colleague” that she says her company “did little to help” her with. Fortunately, she has started a new job and is looking to learn and move on from past experiences.

She said: “People often think that because I’m so bubbly and happy that everything is fine, but it’s often overcompensation. Depression affects my life in a big way. I still get well meaning people who say things that make it clear they don’t see this as an illness and aren’t really sure what to say to me. They don’t realise that depression is because of a chemical imbalance, not just due to things that have or haven’t happened in a person’s life. It is a very real illness, I can’t ‘just snap out of it.’”